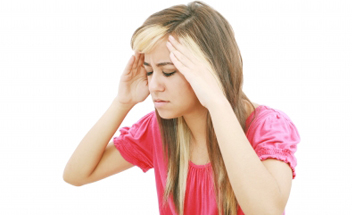 Borderline personality disorder (BPD) is a serious mental illness characterized by a pervasive instability in moods, interpersonal relationships, self-image, and behavior. This type of instability often disrupts functioning in family and work life, impairs decision making abilities, and alters the person’s sense of self-identity. Many people who suffer from BPD often describe feeling as though they cannot control their emotions. BPD may occur in anyone but is most common in young adult women. Those diagnosed with the disorder often experience higher rates of self-injury, suicide attempts, and in more severe cases, completed suicides. Individuals with BPD often require intensive mental health services, yet over time may improve and eventually lead productive, healthy lives.
The most common signs or symptoms associated with BPD are erratic thoughts and behavior patterns. These symptoms can adversely affect mood, relationships with others, and self-perception. A person may experience mood disruptions that include intense bout of anger, depression, and anxiety that may last only hours up to a full day. There may also be episodes of impulsive aggression, self-injury, and drug or alcohol abuse. Distorted thinking can sometimes lead to frequent changes in long-term goals, career plans, jobs, relationships, and personal values.

People with BPD often experience highly unstable social relationships that can be intense attachments in their attitude towards family and friends that can suddenly shift from nearly idealization (great admiration) to devaluation (intense anger or dislike). Other impulsive behaviors include excessive spending, binge eating, and risky sex. BPD can occur together with other psychiatric problems, such as bipolar disorder, depression, anxiety, substance abuse, and other personality disorders.

Individualsdiagnosed BPD can experience a distorted sense of self and view themselves as fundamentally bad or unworthy. They may feel unfairly misunderstood or mistreated, bored, and empty. These symptoms can be most acute when people with BPD feel isolated or lacking in social support and will often become frantic in their efforts to avoid being alone. People with BPD can be highly sensitive to perceived criticism and rejection, often reacting with anger and distress to even mild separations or a sudden change in plans. It is often during these times that suicide threats and attempts may occur more frequently. If you or anyone you know is in any immediate danger because of thoughts of suicide please call 911. To talk with someone about any feelings of suicide,
please call 1-800-273-8255 in USA.

Treatment for BPD may include group and individual psychotherapy to address maladaptive behavioral patterns. Medication treatments such as antidepressants, mood stabilizers, and/or antipsychotics are often prescribed based on specific target symptoms present in each individual.